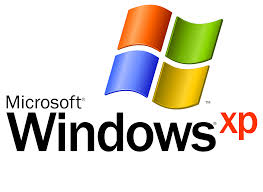 Support Lifecycle policy based on customer feedback was introduced in the year 2002 by Microsoft to ensure more transparency and predictability in Microsoft products support. It was declared with this policy that Microsoft Business and Developer products, including Windows and Office products should receive a minimum of 10 years support (5 years Mainstream Support and 5 years Extended Support), at the supported service pack level.

In accordance with the policy, it is therefore time for Windows XP to get retired. It will go out of support from date April 8, 2014. After this date, none of the support will work i.e no new security updates, non-security hotfixes, free or paid assisted support options or online technical content updates.

It is thus a crucial time for your business if the migration to a modern desktop has not been started yet. As per the Historical customer deployment data, the average enterprise deployment may take 18 to 32 months from business case through full deployment. In order to make sure that you remain on supported versions of Windows, you should begin your planning and application testing immediately such that you are able to deploy before end of support.

Not upgrading and running Windows XP even after their end of support date may even expose your business to potential risks like Security and Compliance Risks, Lack of Independent Software Vendor (ISV) and Hardware Manufacturers support.

After release of Windows XP in 2001, no one could have ever thought that it would still be in use in 2013. And, to more surprise, it is not just in use at the present, it is extremely popular. A research shows that nearly 40% of the world’s estimated one billion computers run Windows XP. That is a significant number of people dependent on an operating system which is over a decade old. Windows XP is still the second choice to Windows 7 which stands as the most-popular operating system around.

The popularity of Windows XP remains as it was stable, fast, powerful, and relatively simple to use. People love it as they are accustomed to using it as well. But, the fact is that every life cycle must end and so is the support for XP. End of life is the end of Microsoft support for everything which means the end in updates for customer service, new features or security updates; an effectively ending mainstream support. Even though it has occurred that XP’s end-of-life date has been extended several times, this is actually the end.

An upgrade to Windows i.e Windows 7 and 8, which are already a popular leading OS today would be a good idea. Though it can be a reasonably small leap for most users, adapting this change would result in success only if the change is implemented in time. After Windows 7, Windows 8 has taken all the good credits for its complete overhaul interface to system interface even if for some users it’s a massive learning curve.

[blockquote]As the end is near, using XP will be at your own risk. You can only expect limited protection and these will be unable to protect you. Thus, it is strongly recommended that you start upgrading your Operating System to Windows 7 or 8 as XP is getting retired on April 8, 2014.[/blockquote]

3D printing- the future of your business?