Bitcoin is a virtual digital currency that you can use for business or personal transaction at high speed but low cost through peer to peer network without the need for a bank.

It has been always an aspiration to create virtual money as internet evolved. However, early attempts could not solve the “Double Spending” problem. Double spending problem is such kind of state where if digital money is just information, the same “token” can be duplicated and spent again. Then there started the verification whether a token has been spent or not by a trusted source. Bitcoin bypasses this by using the “block chain”, a public ledger of transactions where each transaction is verified by an extensive and decentralized network of computers. 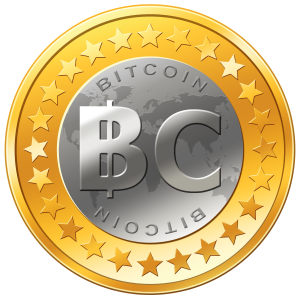 Programmer Santoshi Nakamoto (likely an alias), first published the Bitcoin Protocol that outlined the theory of decentralized currency on October 21, 2008. Later in January 2009, open source Bitcoin software was released with the mining of first Bitcoins.

The use of Bitcoins gradually started rising high with the financial crisis in Cyprus when it was announced individual savers faced a one-off levy in order for a eurozone bailout to go ahead.

Nakamoto described Bitcoins as “a purely peer-to-peer version of electronic cash that would allow online payments to be sent directly from one party to another without going through a financial institution… a system for electronic transactions without relying on trust.”

If you think these Bitcoins are issued from a central bank like other currency then you are mistaken. This decentralized digital currency is created by users of Bitcoin software who are known as miners.

Bitcoins are mined by computers solving complex mathematical equations that take time to solve. The solved equation is a 64 digit number which once calculated will reward the miner who solved it with 25 Bitcoins. Bitcoin is now being used in transactions between millions of people and thousands of businesses around the world.

What can be bought with Bitcoins?

With Bitcoins, technically you can buy anything. Blogging platform such as WordPress and WikiLeaks both accept Bitcoin, while some sites offer gift vouchers for retailers such as Amazon. There are also websites selling electronic goods that exclusively accept Bitcoin. The dark side to Bitcoin is how it is accepted on sites such as anonymous marketplace Silk Road, where users can buy illegal drugs such as LSD.

Does Bitcoins have a limit?

Yes, Bitcoins have a limit. The limit has been set to maximum of 21 million. The Bitcoin mining 3 process presently creates 25 Bitcoins every 10 minutes and the number will be halved every four years. This limit is fixed to be reached in year 2140.

Are transactions in Bitcoin safe?

The transactions of bitcoins are virtual and instant which has to be verified in peer-to-peer network of Bitcoin users. The transaction is more likely to be valid and final if more positive confirmations are received from the network.

If you are a buyer using Bitcoin, it is to be noted that there is likely nobody to appeal for help if a seller do not ship you a product. That is why, while shopping, you should deal only with reputable sellers.

Be aware of AutoCAD malware

A Guide for SME Business Owners, what can you expect from Technology