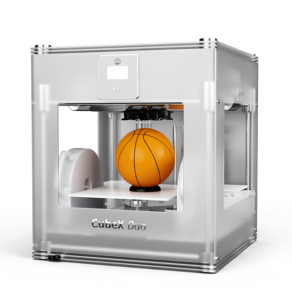 Many software companies in present context are attracted to the hype of 3D printing. They are already adding roles for thriving 3D printing as they have started to create various products for their industry.

A good example is Adobe which has added 3D printing support to Photoshop Creative Cloud to accept five different 3D file formats back in January. Also Windows, with the arrival of 8.1 have started to support 3D printing.

Nike uses 3D printers to create multi-colored prototypes of shoes. Previously, they used to spend thousands of dollars just for a prototype and had to wait for weeks to get it. But now, the cost is considerably reduced from thousands to only hundreds of dollars, and changes can be made instantly on the computer and the prototype could easily be reprinted on the same day. This 3D printing technology is being used in various fields such as jewellery, footwear, industrial design, architecture, engineering and construction (AEC), automotive, aerospace, dental and medical industries, education, geographic information systems, civil engineering, and many others.

Now you can imagine in the future, if you want a part for your car then you can easily print it out at your own home. Also, you will not have to worry about the shipping charge and taxes that you need to pay if you have ordered that part from other countries. This innovative device can change the world with regard to product build so much so that an individual turns to be a genius.

It’s a golden opportunity for all the entrepreneurs and inventors. It empowers to independently impact markets, revolutionising them to represent the opportunities to undercut market competitions. Get your articles designed on computer and it becomes reality as the printer stacks layers on the top of one another until you have a 3D prototype in your hands. Along with bringing your visions into reality, the other benefit for business professionals is minimal cost. A 3D printer offers organisations multiple options that will significantly lower expenses.

It has been dominated by many smart players such as MakerBot, a unit of Stratasys. They have been thinking smart to make products available at affordable price to the consumers. Hence their concentration on sales is being proactive with 3D printing. Flextronics, the contract manufacturers have also tasted the technology to help craft prototype parts or devices for the corporate clients. So is your business already had the one? If not then give it a try and see where your business booms with 3D printers.

Be aware of AutoCAD malware